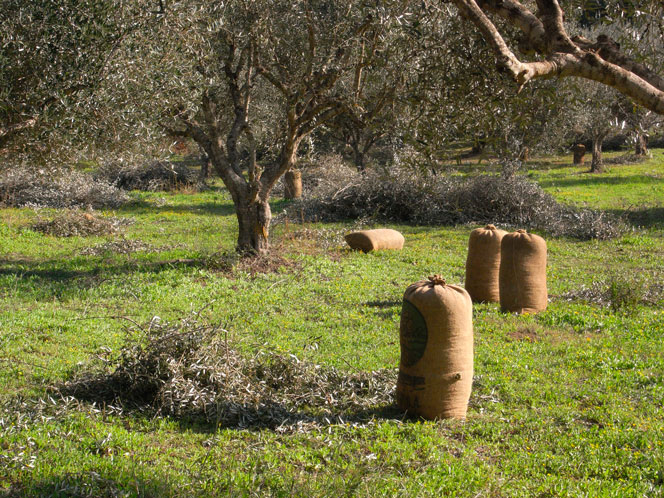 Evidence of the ongoing olive harvest was everywhere on our walk from Zizani on a blue-skied December day. Bulging sacks of olives sat around under trees, waiting to be tracktored off to the press.

The day began with a short hike up to a hill-top above Zizani village, where we visited a couple of Tholos Tombs, quietly tucked away in a remote olive grove. There’s no brown ‘antiquities’ signpost to these tombs, and so far I’ve found little information on them. They were excavated in the mid 1960’s by a team from the University of Minnesota – Messinia Expedition (UMME). This organisation also carried out extensive research into the history and dwindling manufacture of the large clay pots once (but no longer) made in and around Harakopio, Kombi and Vounaria. 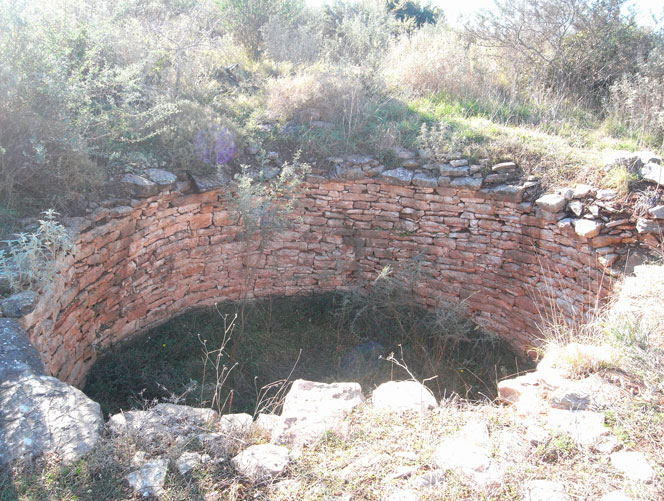 The tomb in the photo above was restored by the UMME team, and a second tomb remains in ruins nearby. Presumably there is much, much more hidden under the surface of the field. 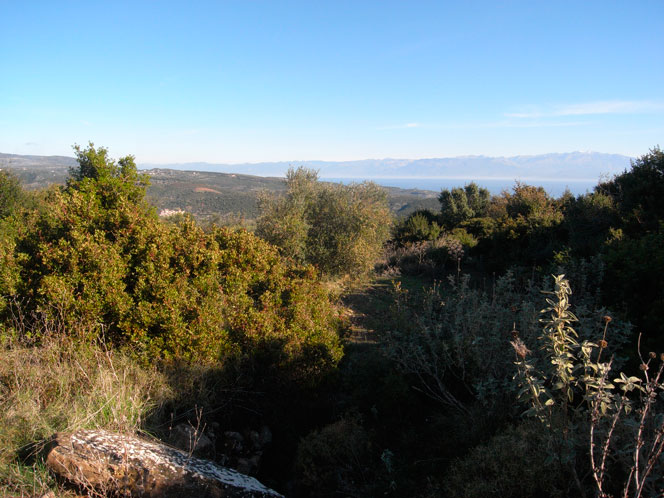 View towards the Tayettos – photographed from the wall of the tomb. 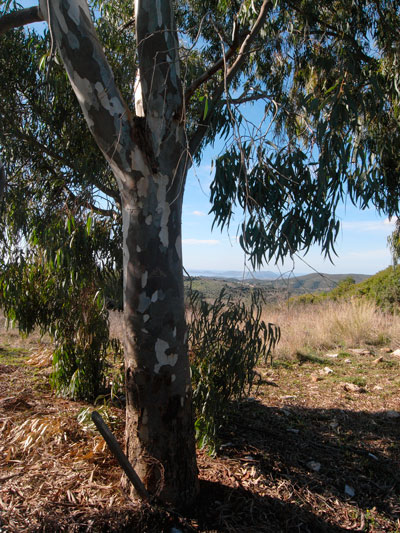 Near the tombs are three magnificent eucalyptus trees, planted in a row on the brow of a hill. It’s a really peaceful spot, with a special sort of feeling, and views of the sea on both sides of the peninsular. 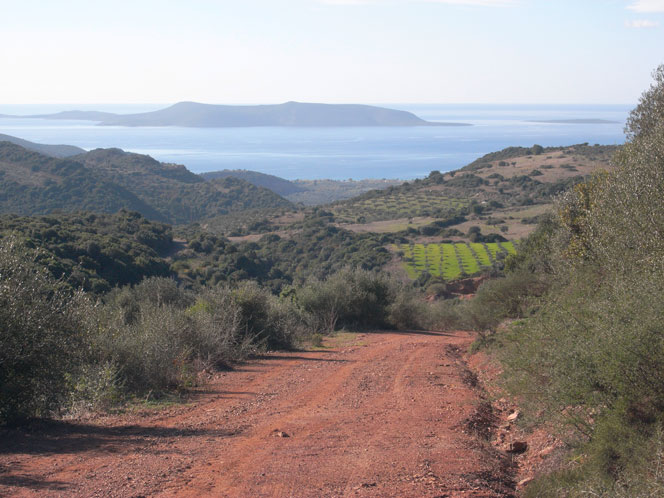 Views towards Schiza and Mariani islands, from the dirt track leading to the tombs. 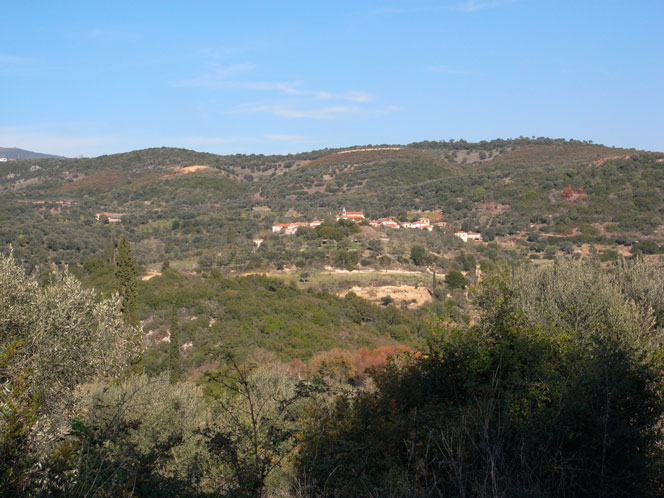 After a pause in Zizani for a quick coffee by the well, we took the valley track down towards Klisoura (above) and stopped for lunch in a sunny olive grove. 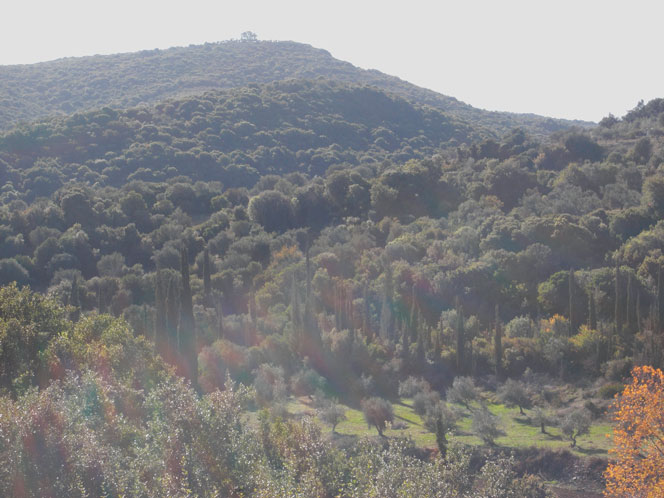 The three hill-top eucalyptus trees remained visible to us at various points along our route.

This walk, which took us just below Klissoura, along the river valley and up through Exochiko, clocked 13.8k on the GPS. A leisurely pace of 3.7 kph meant the walking time was 3 hours 45 minutes, plus almost two hours total stopping time – visiting tombs, having coffee and lunch, plus lots of chatting with various olive harvesters along the way! The total walk time clocked 5 hours 43 minutes.

To read more about Tholos Tombs go to: http://en.wikipedia.org/wiki/Beehive_tomb

and for photos of similar looking tombs go to: http://projectsx.dartmouth.edu/classics/history/bronze_age/lessons/img/19img.html 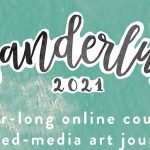 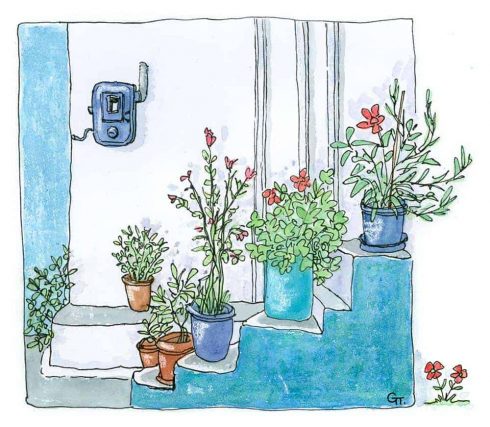