As you may know, in 2015 my sketches were featured in the Koroni Community Association’s fundraising calendar, which was a real honour. I’ve loved having my sketches of Koroni appear alongside details of the Orthodox calendar each month this year. 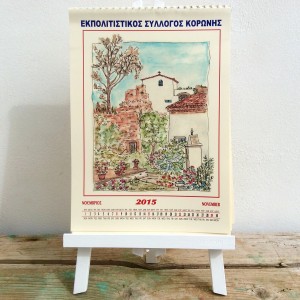 For 2016 we decided to design and produce our own calendar, featuring a mix of my recent watercolour sketches and mixed media paintings. Sketches are local scenes, mostly drawn on location around Messinia. The mixed media art tends to be created in the studio, and although not a direct representation, is deeply influenced by Greece and the Mediterranean area. 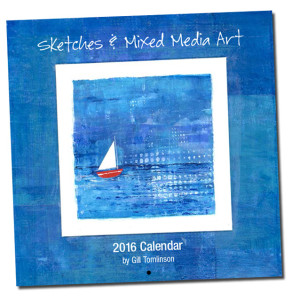 We chose a modern, square format, in keeping with my solo exhibition this summer as one of the local artists exhibiting in the Koroni Festival. The format of the show, which was entitled ‘Square’ was influenced by my infatuation with Instagram which began around February this year. 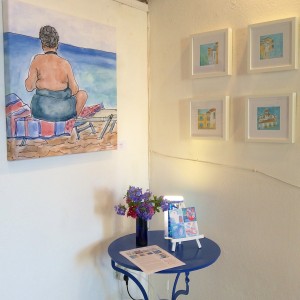 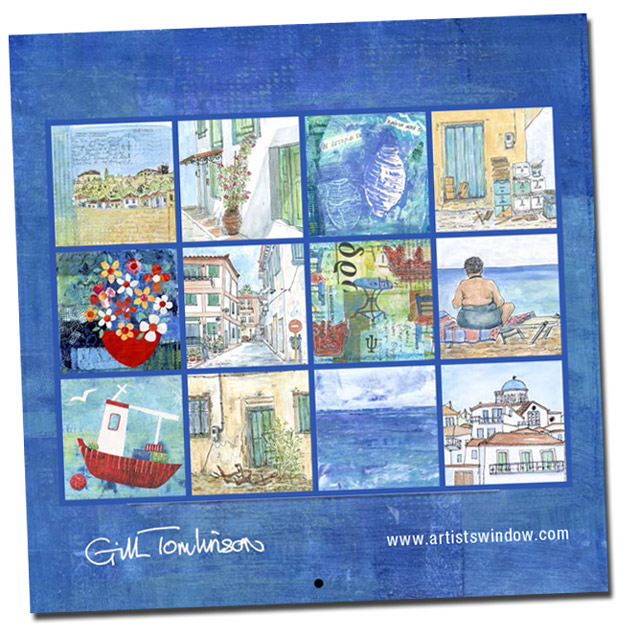 You can order a calendar direct from this website or on my Etsy shop or from the studio. International delivery is available. 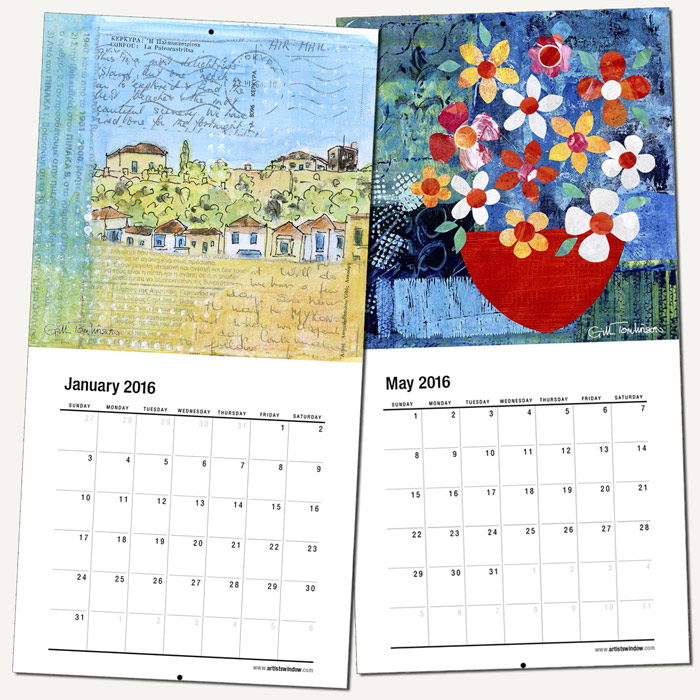 A couple of pages from this year’s calendar

← Art Exhibition in Koroni From Wall Calendar to Wall Art →